Domestic violence is one of those issues that many people just don't want to talk about. It might seem hard to admit that you are a victim of domestic violence, but it helps to know that you are not alone. Each minute, approximately 20 people in the United States are abused by someone they are in a relationship with. This is a staggering figure and truly demonstrates just how many victims are out there. Read More
For most people, a single DWI charge and the ensuing punishment is enough to put them on the straight and narrow. For others, it takes six, eight, ten, or more subsequent DWI charges and a lot of jail time before they are willing to seek serious help for a drinking or drug problem. Sometimes, you may be in a tight spot because of unusual circumstances, and you choose to drive after you have been drinking even though you know what it might mean. Read More
When it comes to traffic infractions, reckless driving is pretty serious. Driving in a reckless manner is more than just breaking the law by failing to signal; it can rise to the level of a misdemeanor and incur more severe punishments like jail time. To find out more about this serious traffic offense, read on. Charged with Reckless Driving If you disobey traffic laws to the extent that you are placing yourself or others in harm's way, you could be charged with reckless driving. Read More
Whenever you need to hire a legal professional, you'll always want to ask lots of questions about his or her qualifications. It's ideal if your attorney is a noted expert in the field of law that applies to you, something that you'll learn if you find legal articles that he or she wrote or you find out that the attorney has taught seminars on this particular area of the law. If you've been arrested for DUI, an attorney who specializes in DUI cases is important. Read More
If you're arrested for domestic violence, your mind might be racing as to the effect this charge could have on you. It's important to remain as calm as you can and find an attorney who has had success in representing those accused of domestic violence. This isn't a time at which it's smart to attempt to defend yourself, even if doing so might seem tempting for whatever reason. As soon as you're able to sit down with an attorney, you can begin to tell your side of the story and help him or her to build your defense. Read More 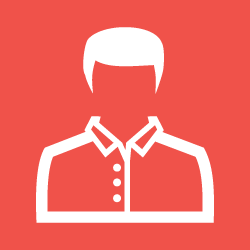 The first time I got in trouble with the law, I had no idea what I was up against. However, after a few days I learned the hard way. In addition to talking with forceful investigators and trying to explain to my family what had happened, I was also nervous about going to court. Fortunately, my criminal attorney made things a lot easier for me by helping me to understand the courtroom process. She calmly and rationally explained what to expect, and when things changed she explained what would happen next. My blog is designed to do the same thing for you. Check out these articles to learn more about court.